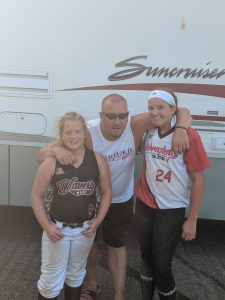 Meet our ABC consultant, Ryan! Ryan has been a consultant with us since 2020. His favorite part of the job is the flexibility, and he loves our TEMO patio products. If Ryan isn’t working, he’s at the softball field watching his two daughters hit homeruns. Ryan loves to talk, and though he won’t admit it, he’s got a huge heart! 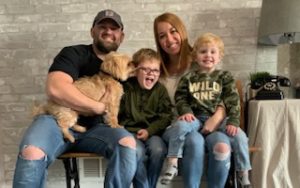 Meet our ABC consultant, Teddy! Teddy started with us in 2020. His favorite part of the job? He loves providing customers products that are the absolute best in the industry. His favorite ABC Seamless products is our seamless steel siding; he’s amazed that even if it was installed 30 years ago, it still looks brand new. In Teddy’s free time, he’s making people laugh, hanging out with his wife and sons, or at the gym. 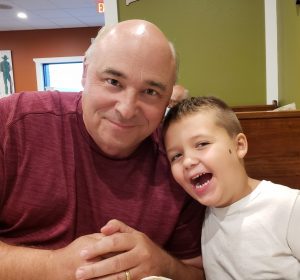 Meet our Sales Manager, Larry! Larry has been a part of the ABC of Nebraska team since 2013. He enjoys helping customers solve their problems and making their homes the best they can be. Larry’s favorite ABC product is our steel roofing system. His free time consists of golfing, spending time with his grandson, and wood working.  Larry has played a huge part in growing the family-style culture at ABC of Nebraska. 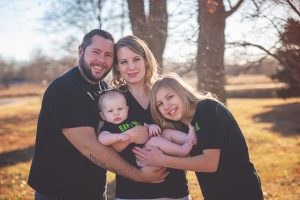 Meet our ABC consultant, Darin! Darin has been a part of our team since 2020. His favorite part of the job is the variety of different people he gets to meet. Darin’s favorite product is our seamless siding. When he’s not meeting with customers, he enjoys camping, fishing, hunting, and boating with his family. Darin loves talking hunting and guns—if you get him started, he might not stop! 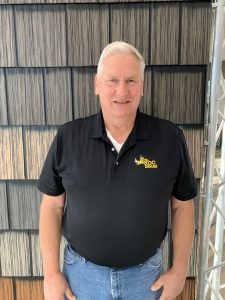 Meet our ABC consultant, Gary! Gary has been working with ABC of Nebraska since 2019. He enjoys interacting with his coworkers and being a part of the ABC of Nebraska family. Gary’s favorite ABC Seamless product? ALL our steel products: siding, roofing, gutters, soffit, and fascia. Gary loves trekking across Central Nebraska to see his customers, who love his down-to-earth good natured-ness!  In his free time, he enjoys spending time with his grandkids. 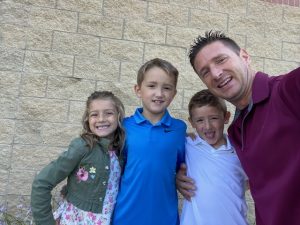 Meet our ABC consultant, Mike! Mike started with us back in 2018. He enjoys working in this industry and knowing he’s giving his customers a product that will last. Mike’s favorite product is our seamless siding. When he’s not in the office or meeting with customers, he enjoys motocross racing. He recently purchased dirt bikes for his kids to make it a family affair! 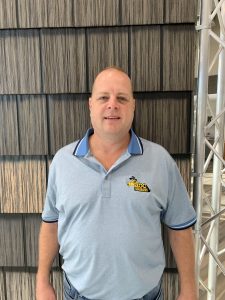 Meet our ABC consultant, Todd! Todd has been a part of our team since 2020. He enjoys working for ABC Seamless because he gets to meet with all types of customers without having to travel too much. He’s a big fan of all of our seamless steel products. In his free time, he enjoys golfing (he’s not too bad!) and traveling to Florida to see family. He loves to talk sports, and he has quite the contagious laugh! 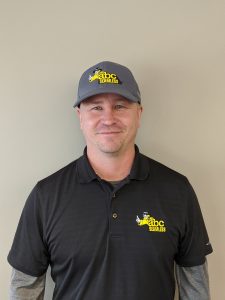 Meet our ABC consultant, Brandon! Brandon has worked here since 2017. He gets a lot of satisfaction out of helping homeowners improver their homes. His favorite ABC product is: All of them! “They’re maintenance free. Who doesn’t want that?!,” he says. Brandon enjoys golfing (he’s not afraid to put some money down on winning!), fishing, watching sports, and hanging out with his friends and family. Fun fact: Brandon is ranked 2nd in the state for career total yards in high school football (second to the one and only Scott Frost!). Brandon’s laid back attitude is a nice contrast to our fast-paced industry! 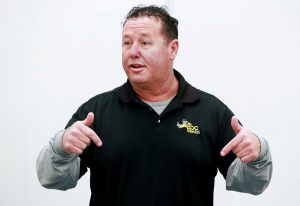 Ted is the owner of ABC of Nebraska—and our fearless leader! After graduating from high school, Ted found himself installing siding, gutters, and windows for ABC Seamless—the nation’s largest seamless steel siding franchise. He learned he was not only good at installation, but he had a knack for working directly with homeowners.  With a focus on quality work and products, Ted quickly moved into sales and eventually ownership.

Ted has built quite a name for himself in the world of exterior home improvements, but he’ll never forget how it all started: with a ladder, a truck, and a tool belt.

Ted is one of 3 children from Lincoln, Nebraska.  His brother, Jason, is the Production Manager for the ABC Seamless of Nebraska Wood River location.  Ted has 3 children and 2 grandchildren.  In his spare time, he enjoys boating, skiing, golfing, Nebraska football, and spending time with his kids and grandkids. 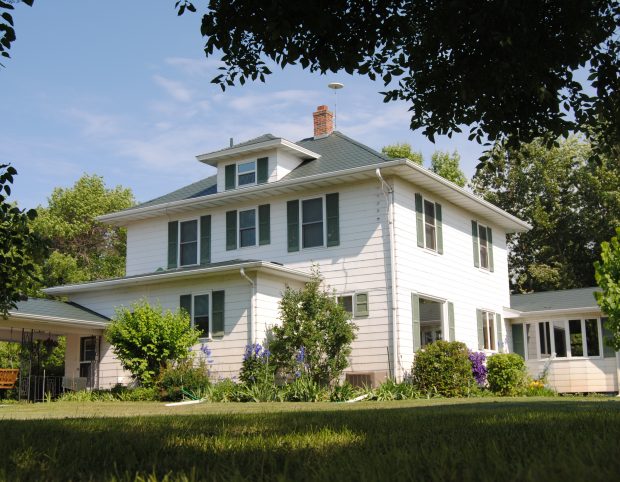 Financing
You could be eligible for no payments and no interest until 2022!
View Financing Offer 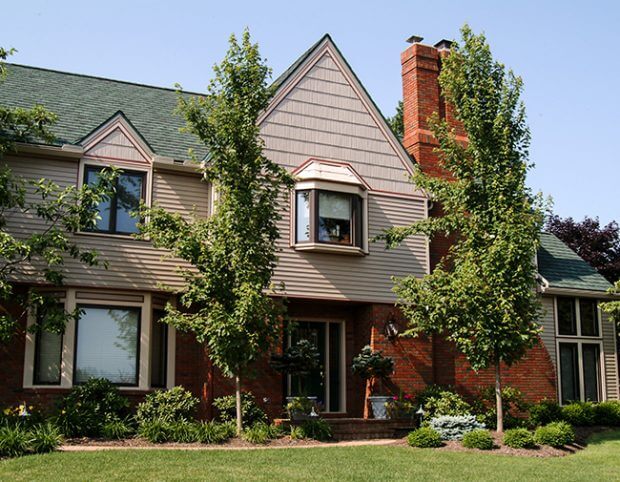 Win $10k in Home Improvements
Enter to win the $10,000 in ABC of Nebraska home improvements!
Enter The Contest 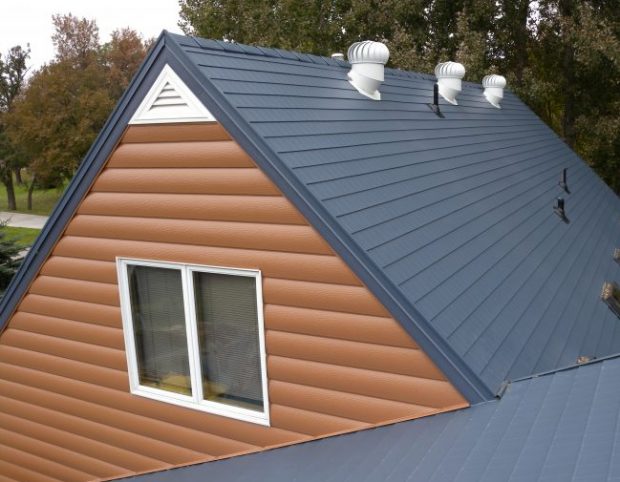 View Our Galleries
ABC Seamless
“The ABC Seamless crew showed up on time, and completed the work professionally. The color matched better than my wife and I had hoped, so we were extremely pleased with the job. In fact, my wife was so…”
William Estey
ABC Seamless
“Great staff. They are helpful and no pressure like you get from some sales people.”
Jeremiah M.
ABC Seamless
“We put ABC seamless siding, gutters and gutter gloves on our Benson home in 2007. It looks just as great today as when it was first installed. We were impressed with their customer service and their product. I…”
Michelle G.
ABC Seamless
“Completely Satisfied! Great response from initial contact, through sales, scheduling, installation, and follow-up. Thanks to your entire staff for making the whole process easy. We had siding, soffit and gutters installed. Special thanks to the installation crew who…”
Kenneth R.
ABC Seamless Gutters
“The gutter crew’s knowledge and professionalism was apparent throughout their visit. They hit the ground running and didn’t quit till the job was done, a crew with their caliber is rare this day and age.”
The Schwants Gutters
Schedule Your Free Appointment
Please come & visit our showrooms
4700 Cornhusker Hwy
Lincoln, NE 68504
Phone: 402-477-5400
Get Directions
710 Marshall St,
Wood River, NE 68883
Phone: 308-583-2662
Get Directions
8032 Maple St.
Omaha, NE 68134
Phone: 402-391-4500
Get Directions